This week I moved a client’s site from a popular big-box ‘managed WordPress’ host to WP Engine. Here are the results of performance tests before and immediately after the move was complete: 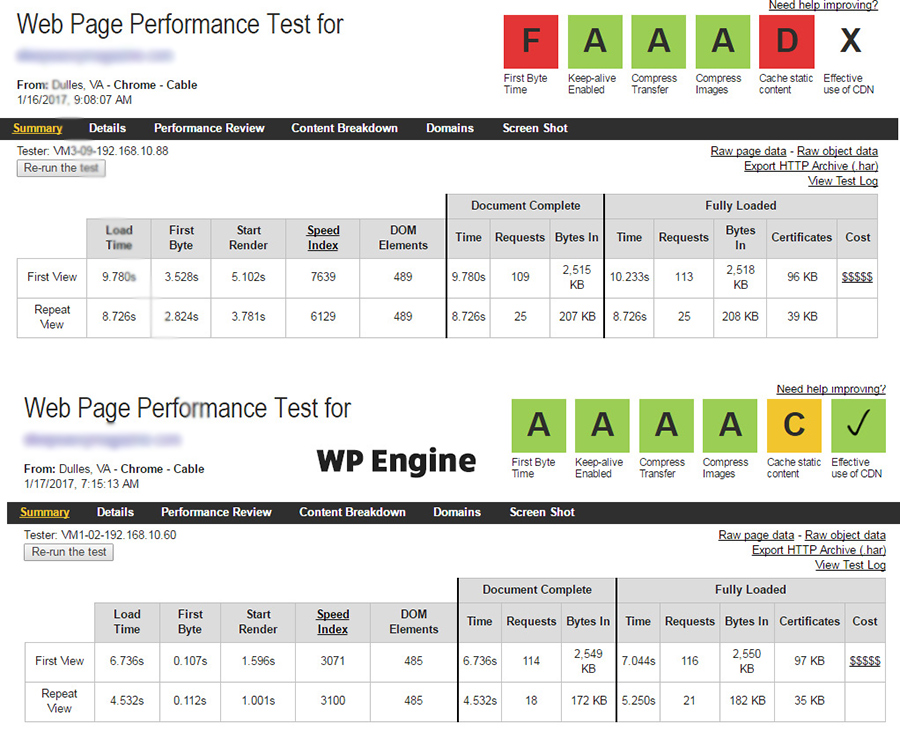 (The ‘C’ is in part because WP Engine was adding files to its CDN at that time, and the site does need performance tweaks in addition to just switching hosts…)

The most important thing to note is First Byte. Time to First Byte (TTFB) is affected by three things1:

1Check out the MOZ article on improving search ranking by optimizing TTFB.

You can see TTFB on the old host was 3.53 seconds. WP Engine’s is 0.11 seconds. That’s a huge improvement, 97% less time. MOZ says ideally you should be under 1/2 second for TTFB – WP Engine meets that benchmark easily.

“I’m posting dozens of articles to [my site] this a.m. (as fast as I possibly can) and am absolutely delighted with the speed I’ve gotten back after moving to WP Engine hosting. The CMS is operating at lightening speed, similar to the way it once functioned when we were hosted at the defunct MediaLayer.”

So yes – good hosting does make a difference!

Check out our site care plans including WP Engine hosting.